Portrait of a Graduate 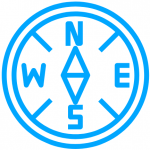 Self-directed. Their natural love of learning has been cultivated in an enriched and supportive environment. They make choices that reflect their interests, passions, and curiosities. They are internally motivated to reach their full potential. 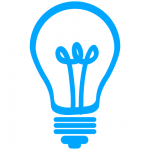 Creative problem solvers. They are resourceful and have been encouraged to think critically, take risks, and make mistakes. In doing so, they have learned how to pose thoughtful questions and explore in novel and expansive directions.

“Instead of just accepting what I’m being told, I have to know the why so I can really understand it and work hard to figure it out. At MCMS, we were always encouraged to ask questions about how things work, instead of just being told that they do.” ~ Grace F., MCMS graduate, 2019 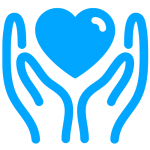 Models of grace and courtesy. They have been treated with respect, and thus have learned to respect themselves and others. They practice civility and strive to find common ground.

“Upon entering MCMS, I felt welcomed and warmed. There is no hostility here, no exclusion. MCMS has meant everything to me, from furthering my academic skills to being a greater person. I am now confident in my ability to do whatever it is I want, and I’m not afraid to go out into the world and do something.” ~ MCMS Alumni Panel, 2018 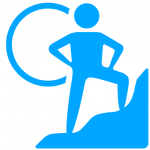 Courageous in being themselves. They know that they are valued. They have a clear understanding of who they are and their own abilities. They are self-aware, self-assured, and can speak for themselves.

“At MCMS you are taught so personally, you get to learn about yourself and you are forced to be comfortable in your own skin. Many kids come to high school and don’t know who they are.”  ~ MCMS Alumni Panel, 2018

Conscientious citizens. They are compassionate and collaborative individuals who aspire to better themselves, their community, and the world around them. They have discovered the interrelatedness of all things, and are empowered to make a difference.

“Some of the wisdom that I have gained from MCMS was how important it is being part of a community and speaking up for yourself and others. I learned that even if things might be hard you will still get through and will come out even better. MCMS prepared me very well for high school and for life ahead.” ~ Hannah B., MCMS graduate, 2014

“Montessori has taught me perspective to not only look at how I feel but to step back for a moment and to think about how others feel. I have learned to be a great leader, to take initiative, and to have confidence in the work that I do. Through all the presentations and the research, I have learned to be a great public speaker, to accept people for who they are, to not worry about small material things, and to look at the bigger picture. Most importantly, Montessori has taught me to love to learn and to have fun while learning. I am so glad to have had a learning experience that is different from others which has allowed me to grow as a person in so many ways.”
~ Camille S., MCMS graduate, 2010

“I love the Montessori curriculum and how it helped my children become strong, independent learners who care about others and want to participate in the world.”
~ Laura A., parent of 2013, 2011 and 2009 MCMS graduates

“After a great deal of research, we were convinced that an educational environment focused on the child and developing in that child a love of learning was the only way to go if you believed in your child and his future. [Our son] asks, “Why,” when others are simply falling in line; he sees opportunities for improvement when others simply shrug. He gives great weight to our advice but in the end decides for himself. . . . Our son became his own person [at MCMS]–testing assumptions, examining his environment and embracing the ideas of learning, compassion and justice.”
~ Nick C., parent of a 2006 graduate

“Montessori is like a good dream that you never want to wake up from. To me, Montessori means freedom, choices, and leadership… it leaves a good feeling with you, like a cool breeze on a warm summer’s day. Montessori and my friends have given me the tools to become a better person and a better leader.”
~Emily S., MCMS graduate, 2017

Some of the most famous entrepreneurs and innovators of today have actively credited their success to the education they received in a Montessori environment. An AMI Montessori education supports children as they learn to develop their full human potential by helping them “learn how to think.” MCMS alumni join the ranks of other Montessori graduates of distinction, including: